Click here to edit the Social Media Links settings. This text will not be visible on the front end.

What is Pioneer Day? 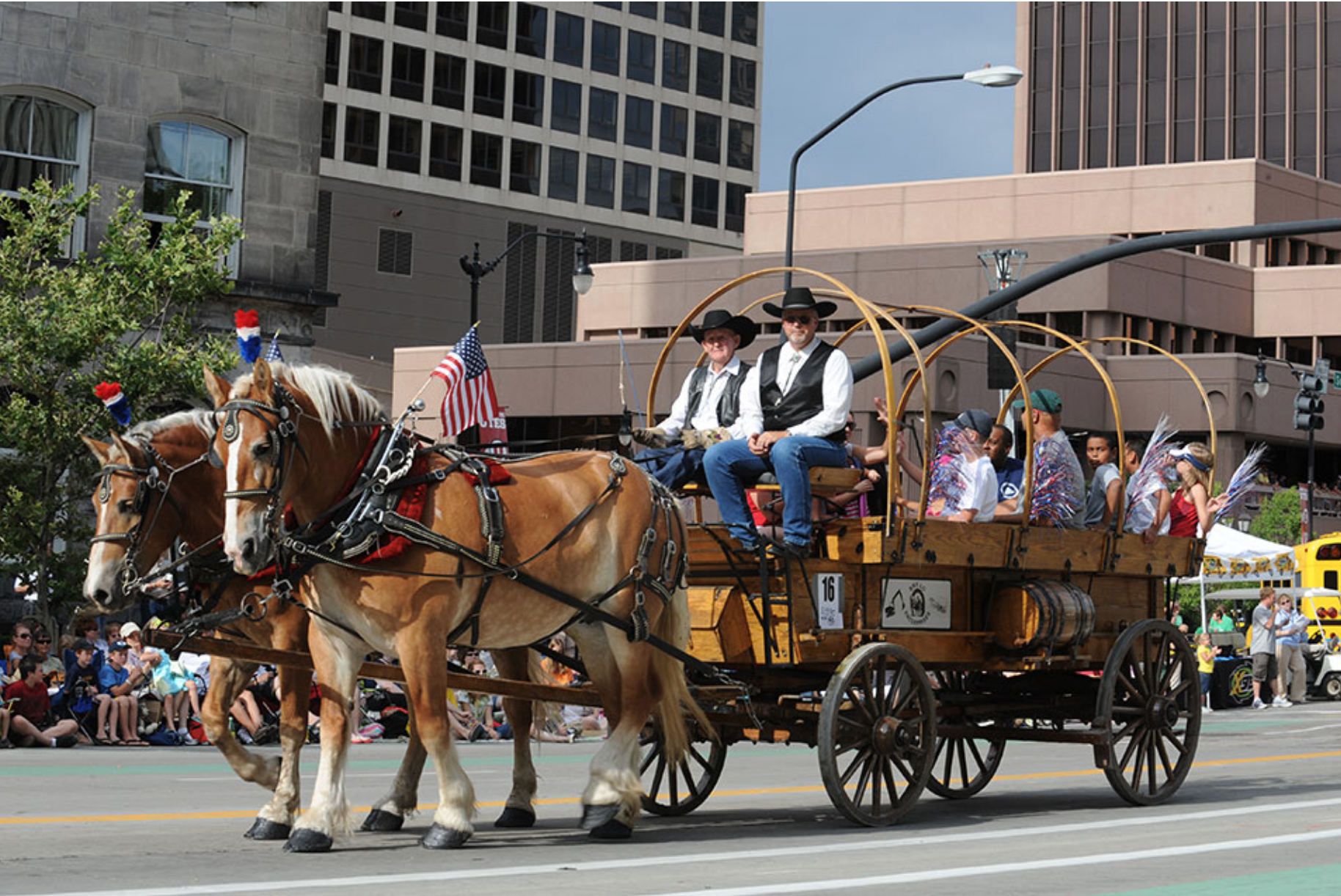 For new Utahns, there is one day of the year that may be a bit confusing and overwhelming because people take to the streets and everything else shuts down with no explanation. That day is coming up soon. It’s July 24th, better known as “Pioneer Day.” The day is full of celebrations that are deep-seated in Utah’s culture.

The date commemorates the day that Brigham Young first stepped into the Salt Lake Valley and told his fellow LDS pioneers that “This is the place.” Although the day has roots in the history of the Latter-day Saints, it is a celebration of all pioneers who settled in Utah.

Pioneer Day marks July 24, 1847, which is when the first settlers arrived in the Salt Lake Valley. The day was first celebrated in 1849 with a commemoration concert by the Nauvoo Brass Band as they marched down Main Street in Salt Lake City.

Throughout the 19th century, celebrations of the day as a day of Independence and thanksgiving began. Celebrations included parades, devotionals, sporting events, feasts, dances, and reunions–all of which are celebrations similar to those hosted to this day. Some years celebrations were cut short by the entry of federal troops or were celebrated funeral-style for those pioneers who were imprisoned or lost along the way.

These celebrations did not become consistent until the 20th century when Pioneer Day was recognized as a state holiday. Since then, Pioneer day has become a secular holiday to celebrate all groups who migrated to Utah during the pioneering era with overarching themes of frontier life, and homeland.

Typical celebrations include the Days of ‘47 Parade (and float preview party), the Native American Celebration, Powwow, and Festival, The Days of ‘47 Rodeo, The Deseret News Marathon, etc. All of these events create an atmosphere of community and camaraderie.

The day almost always ends with huge fireworks shows throughout the state, with shows of similar, or larger scale than those seen on the 4th of July.

A large counter-culture movement has established “Pie and Beer” Day, a wordplay on “pioneer” for those who are primarily outside of the LDS faith and culture. Participants celebrate with either homemade or locally made pies paired with local craft beers. There are several versions of this celebration hosted throughout the state.

This year, celebrations may look a bit different. We won’t have big celebrations as usual, but we will still celebrate. Here are a few ideas for how to celebrate Pioneer Day from home:

There are plenty of historical and fictional accounts of pioneer life. Consider a few of these for some ideas on where to start:

Little House on the Prairie by Laura Ingalls Wilder

I Walked to Zion: True Stories of Young Pioneers on the Mormon Trail by Susan Arrington Madsen

Get back to the basics by making butter, just as the pioneers would have. Here’s an easy recipe.

Help your kids (or yourself, we don’t judge) make a tasty treat that is also educational by making a covered wagon complete with Teddy Graham driver. Check it out here.

Hikes are a great way to get outdoors and experience the pioneer lifestyle. While things are a bit different now, that effort that you will put into taking a hike in the mountains is just the same as it was back in 1847.

For an extra pioneer day twist, hike Emigration Canyon as that is the route the pioneers took into the valley, or Ensign peak, where Brigham Young and other leaders climbed up the mountain to survey the valley and plan the layout of Salt Lake City.

Pioneer life consisted of making a lot of things by hand. So get crafting and make a beeswax candle of your very own. Here’s a tutorial.

Pioneers were even more active than we are today, even the kids. Here are a few ideas for pioneer-era games that you and your family can play, like Three-Legged races, hoop rolling, hopscotch, kick the can, etc.

Pioneer day is about celebrating Utah and whatever you love most about living in this state, whether it be the history, the mountains, family, or something different entirely. It is a day for celebrating Utah’s uniqueness in whatever way you see best. It’s a celebration of why each of us here in Utah wakes up in the morning and says “This is the Place.”

Related Articles
Market Trends Utah’s Housing Shortage: How Did We Get Here? When the pandemic first began there was a sense of concern for the real estate market as fears of another market crash arose. Earlier in the year, we did see a dip in the market locally and nationwide. We are now seeing a surge. Why is this happening? Well, it is a combination of a […]
Living Safe Halloween Celebrations for 2020 By now, nearly everyone has heard that the CDC is discouraging traditional trick-or-treating practices this year. Even though we can’t do the usual door-to-door routine, there are still plenty of ways to celebrate. After all, Halloween is a time for connecting with your community, and there is certainly more than one way to do that! […]
Living Best Summer Outdoor Activities in Utah One of the best things about Utah is the exceptional access to outdoor recreation. Many of us have hiking and biking trails right outside our doors (or within a 30 minute drive of our house).  Here are a few of our favorite activities that you can do solo or bring along some family and friends! […]

Thank you for your inquiry.